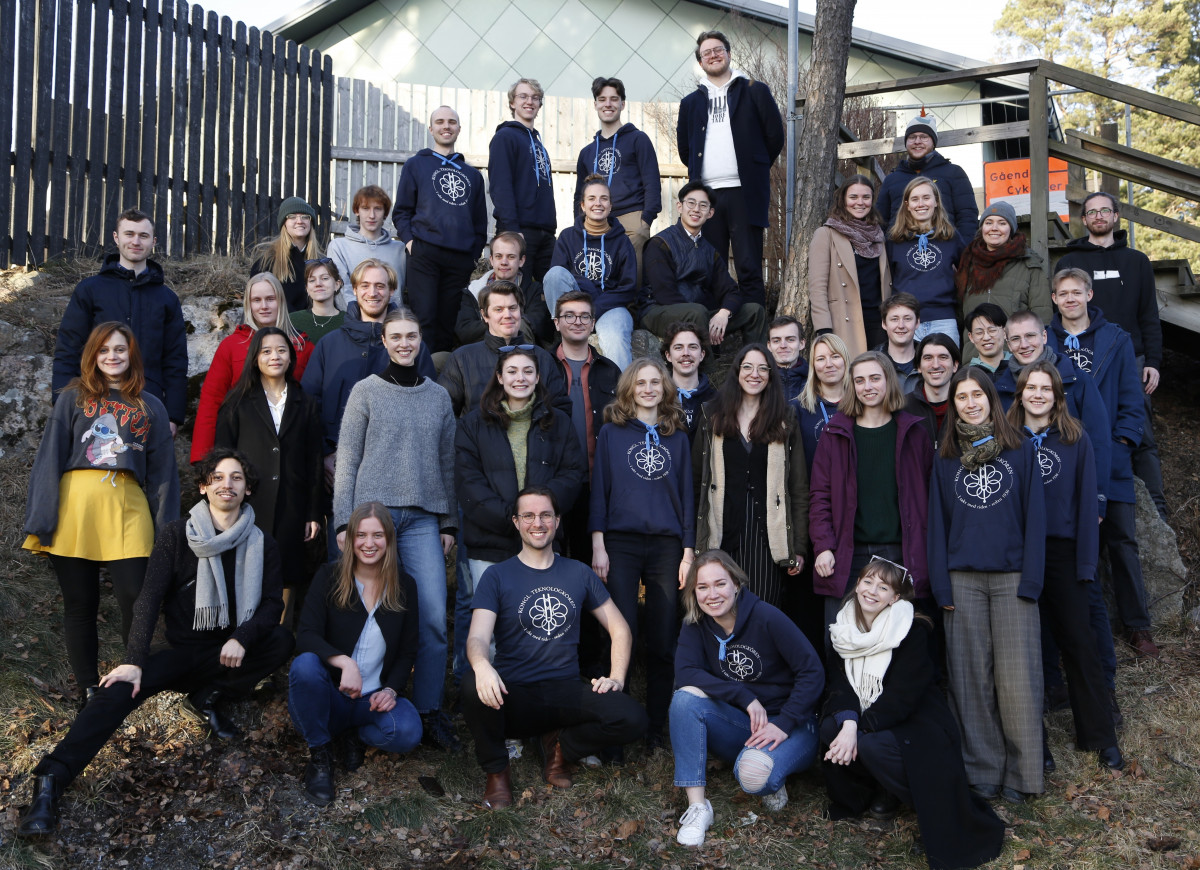 Kongl. Teknologkören (KTK) is a student choir of the Student union, THS, of the Royal Institute of Technology in Stockholm. We are a mixed choir with about 40–45 members.

Our repertoire spans all music made for choir; from sacred music to world music and music from student culture. The choir has been part several larger projects, besides own concerts and recordings.

Kongl. Teknologkören is an active choir both musically and socially. In the choir you will find both a joy of singing as well as friends for life! We do lots of fun things during the year, including:

Hanna Ohlson Nordh has a masters degree in orchestra conducting at the Royal College of Music in Stockholm, and has also studied at HMDK in Stuttgart. In 2018 Hanna won 2nd place in London Classical Soloists International Conducting Competition and has since worked with several professional orchestras, Wermland Opera being the latest one.

Every other summer we go on a longer trip to meet other choirs or compete at international choir competitions. The last trips were:

Lisbon, Portugal, 2022
Teknologkören flew to Lisbon during the summer heat, and had concerts with two local choirs: Nova Era Vocal Ensemble and Coro da Universidade de Lisboa.
Edinburgh, Scotland, 2019
Amongst the beautiful hills of Scotland, we met up with another choir, had a concert in St Giles's Cathedral, played the bagpipes, danced traditional Scottish dances, and saw the Aberdeen Highland Games.
Vienna & Ljubljana, 2017
We were able to stay for a short time in Vienna before continuing to Ljubljana where we performed in the beautiful S:t Nicolas' Cathedral.
Bulgaria, 2015
We participated in workshops about bulgarian folk music and kept concerts at the university in Sofia and at a biomathematics conference in Blagoevgrad.

We often and gladly perform at parties and celebrations at companies, and sometimes on behalf of individuals. See Hire us or contact us for more information.

You can find us on: